Keep them out at any cost? Reconsidering the EU-Turkey deal in light of reason, norms and rhetoric

Trump, who has opposed to the Iranian regime since his election campaign, has taken concrete steps by withdrawing from the Iran Nuclear Deal, the ‘Joint Comprehensive Plan of Action’, after the election. According to the latest statements from his national security team, it is understood that Trump will further put pressure on the Iranian regime by expanding the US sanctions with the aim of a possible regime change at the end.

In this context, as Trump’s personal attorney, the participation of the former New York City Mayor Rudy Giuliani in the activities of the National Council of Iranian Resistance, which is under the control of the People’s Mujahedin Organization, and which was once in the list of terrorist organizations, may be seen from this perspective as an intention of this regime change.

As inferred from the statements of the senior officials, it can be said that once the Iranian regime is changed, Trump and his team want the Iranian Resistance National Council, and hence the People’s Mujahedin Organization, to be more active in the new Iranian regime.

The organization has a socialist revolutionary ideology. The founding fathers of the organization have been in the opinion of the establishment of a new system by synthesizing Islamic ideals with socialism.

The organization, which moved to Paris in 1981, aimed at overthrowing the existing religious regime with force if necessary. In the Iran-Iraq war that started in 1980, it took support of Saddam Hussein and fought against Iran. Although the organization was first described as a terrorist group by the US and the UN in 1997, and then by the EU in 2000, the EU and the US removed this organization from the list of terrorist organizations in 2009 and in 2012, respectively. 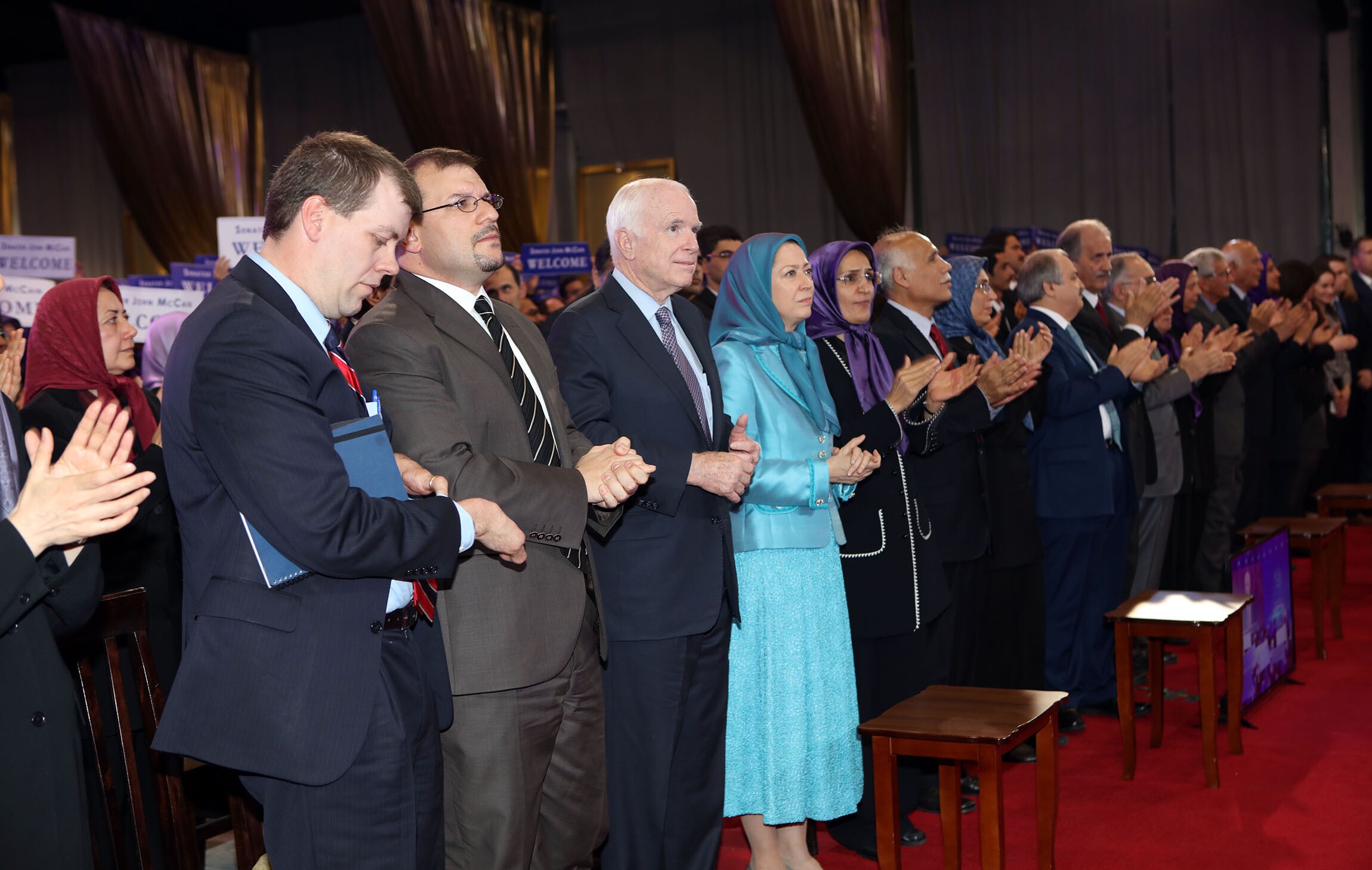 Sen. John McCain, R-Ariz., met with a group representing Iranian dissidents in Tirana, Albania on Friday. (Photo courtesy of the National Council of Resistance of Iran)

Donald Trump, who made tough statements against Iran while he was still running for president, is trying to turn his rhetoric into action after being elected president. In this context, it is known that the US officials are in contact with the People’s Mujahideen Organization.

The US and Saudi authorities have participated in the organization’s meetings in recent years. The late Senator McCain’s participation in a meeting of the Organization Albania in April 2017 as well as the Saudi Prince Turki Faisal’s participation in its meeting in Paris are perfect cases in point.

Meryem Rajavi, who gave a speech on behalf of the organization in the US House of Representatives in 2015, stated that Iran could not be part of the solution in the fight against Islamic fundamentalism because it was at the heart of the problem.

The recent nation-wide street protests against the current regime in Iran are supported by the organization.

Therefore, there is a real question that what kind of a role the People’s Mujahedeen Organization with no real allies in Iran will be able to play in the coming days with the support of the US administration under the leadership of Trump.

Why might there not be a chance for a counter-revolution to emerge from the Iranian protests?